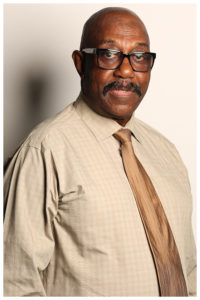 Mr. Ray Watts has been a carpenter for more than 53 years.  He has served for the Carpenters Union, proudly, for over 40 years.  Ray thoroughly enjoys spreading his love for his craft to eager students and is enjoying to help bring skilled trades positions to Detroiters.  Being a carpenter is a proud passion for Ray, along with a strong passion for his heritage.  Mr. Watts has a strong work ethic and displays his passion strongly with his students.

After retiring from the Detroit Carpenters Local 687 Union, Ray chose to continue his craft by opening is own Carpentry business, Plaisance Development.  While continuing to build and keep working, Ray made the decision to begin sharing his wealth of knowledge to Detroiters looking to work in the skilled trades arena.  Since January of 2016, Ray Watts has been teaching Detroiters with Emerging Industries Training Institute and continuously has students return after graduation to show their Gratitude and successes.